A repository of PowerShell Scripts to automate a variety of IT related maintenance tasks.

Some information about the exciting thing

Table of contents generated with markdown-toc

This PowerShell script will create the ADMX Central Store for you by copying the ADMX files from several source locations, such as a master source on an Administrative share and/or several management servers, including IT Pro workstations.

The script has 3 variables which you will need to configure:- 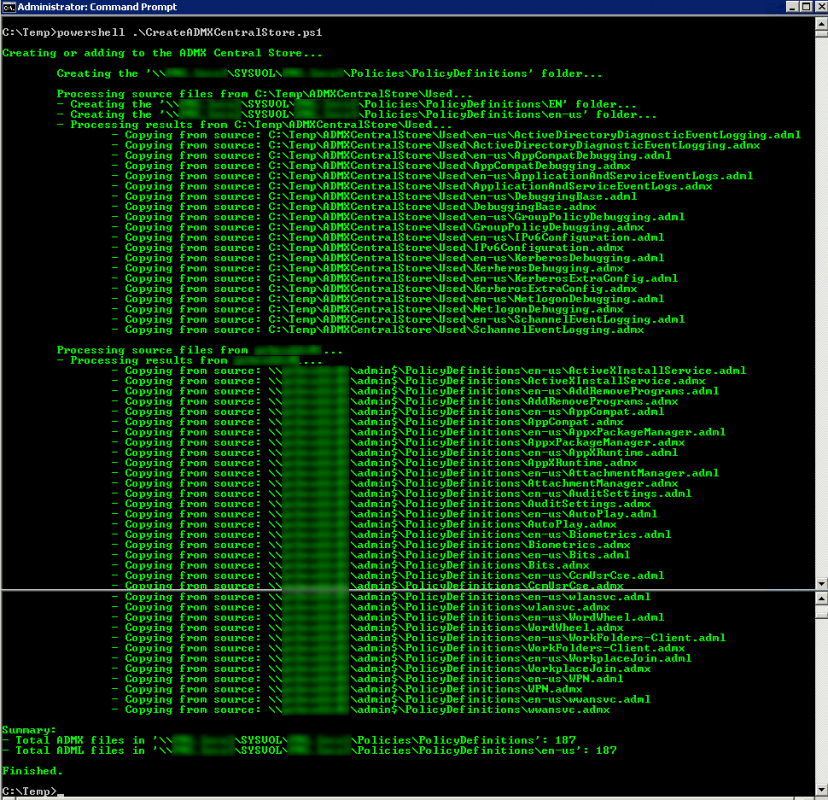 More information can be found on the owners website - jhouseconsulting.com

I have used gist-it to display the files from my GitHub repository and embed it into the web page. This is very similar to GitHub Gists

You can report an issue or contribute to this site on GitHub. Simply click the button below and add any relevant notes.